This blog post discusses everything you need to know about comorbidity, including some of the common risk factors and how to treat comorbid disorders (co-occurring disorders).

The term comorbidity is used to describe two or more illnesses or disorders occurring in the same person. They can either occur at the same time or in quick succession (one after the other). The term can also imply correlations between two different illnesses that can easily worsen the course of both.

Contrary to popular belief, comorbid substance abuse isn’t limited to mental health conditions alone. It can also involve HIV infections and viral hepatitis due to needle sharing and such stuff. However, the associations tend to be more rampant in the realm of mental health.

Although drug abuse disorder and mental illness often co-occur, it doesn’t mean that one causes the other. But some mental health illnesses may force an individual to self-medicate, pushing them to drug dependence. 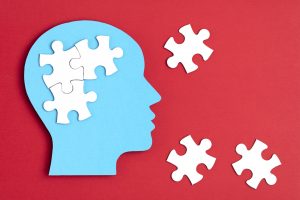 For instance, someone struggling with comorbid depression or anxiety might turn to opioids and alcohol to ease the negative feelings they are experiencing.

While opioids and alcohol may offer a short-term solution, the person will slowly drift to opioid dependence and alcohol abuse. The aftereffect will be an even greater drug dependence problem.

Who Can Be Affected By Comorbidity?

As sensitive as this topic may be, the truth is that many people out there are struggling with comorbidity. Approximately 38% of people with a drug abuse problem also have a co-occurring mental illness, while at least 18% of those with mental illnesses battle drug addiction.

When we talk about co-occurring disorders, we should remember that we are not just talking about extreme cases. A substance misuse disorder can be anything from alcoholism to severe opioid abuse.

Mental illness can include anything from mild Schizophrenia to the more serious ADHD and social anxiety. People diagnosed with severe drug abuse disorder are more likely to suffer from anxiety and mood disorders at some point in their lives.

Comorbidity can affect anyone regardless of their gender, age, upbringing, background, or behavior. In fact, most people tend to start abusing drugs during their teenage years when their brain is still developing.

The NIH reports that early drug abuse, especially among teenagers, can be a significant risk factor for later substance abuse and the occurrence of mental illnesses.

Also, developing a mental problem in childhood can increase one’s risk of developing drug dependence later in life. And it is not just drug abuse and mental illnesses that can lead to comorbidity. Other casual factors must also be observed keenly because they can trigger the condition.

These factors include underlying brain deficits, early exposure to trauma/stress, and a wide range of genetic vulnerabilities.

What Are the Risk Factors for Comorbid Disorders?

Although the direct cause of comorbidity is still unknown, certain factors can increase the likelihood of co-occurrence. A wide range of environmental influencers such as stress or trauma can increase one’s risk of developing mental and substance abuse disorders.

Research also shows that genetic factors can play a significant role in comorbidity, particularly in pushing one to start using addictive drug substances that can later lead to drug abuse disorder. 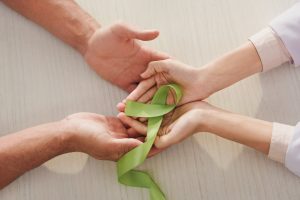 Some researchers believe that substance abuse is moderate to highly heritable depending on the degree of genetic relationship one has with their loved one who has fallen to drug abuse.

Lastly, drug addiction in itself is a big risk factor for comorbidity since it is a chronic mental illness. Drug substances tend to alter critical parts of your brain that are necessary for life-sustaining functions, such as the ability to make logical decisions.

How Is Comorbidity Diagnosed and Treated?

The relatively high rate of comorbidity between mental illness and substance abuse disorder calls for a comprehensive approach to identify, evaluate, and treat both conditions. Anyone seeking help for one of the two must be evaluated for both, and the appropriate treatment administered.

Several behavioral therapies have shown promising signs when it comes to managing comorbidity. These therapies can be tailored to patients based on their gender, age, specific drug substance abuse, and a wide range of other factors.

They can be used either as a standalone medication or in combination with other forms of medications. Some of the most common therapies used to manage comorbidity include:

While there are many highly effective medications for treating opioid misuse disorder, nicotine, and alcohol addiction, many have not been tested among comorbid populations; hence their efficacy is still unknown.

Scientists believe that some substance abuse disorder medications may be effective in combating comorbidity, but research still needs to be done to better understand how that can be possible.

Comorbidity disorder involving substance abuse and mental illness can affect anyone regardless of their age, gender, or the drug substance they are abusing.

While comorbidity conditions are often recurrent, they are highly manageable with the right combination of psychological, medical, and psychiatric interventions.

At CCIWA, we provide a safe and secure environment for people struggling with substance abuse to start their recovery journey. Our experienced team of doctors and other specialists will assess your condition and create a highly personalized treatment plan just for you.