Purdue Pharma, the manufacturer of OxyContin, is believed to have conducted an extensive investigation on members of the Sackler family, exploring whether they committed financial improprieties or other crimes, but the drugmaker kept the findings a top-secret.

In a bankruptcy filing tabled in March 2021, the company acknowledged hiring experienced attorneys, forensic accountants, and other financial experts to probe several members of the Sackler family who own the company and benefited greatly from opioid sales.

According to the filing, the team of experts searched for any evidence linking the family with wrongdoings and reported their findings to a special committee of Purdue Pharma’s board between April 2019 and March 2020.

Yet, in its bankruptcy filing, the drugmaker chose not to reveal any meaningful details about what the investigators uncovered, a decision that has infuriated some government officials and opioid activists.

Different parties involved in the bankruptcy case believe that the company is still trying to hide facts. They argue that it is ridiculous how the company managed to pay attorneys for a 22,000-hour investigation of the Sacklers but failed to disclose any of the findings.

Missing Ties between Members of Sackler Family and Purdue Pharma

While the Sackler name may be everywhere as one of the wealthiest families in the United States, it is oddly missing from the company that made them rich. 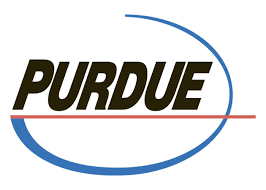 Purdue Pharma, privately owned and managed by some members of the Sackler family, is the drug manufacturing company that developed the powerful and highly addictive opioid painkiller, OxyContin.

Although the company has greatly been blamed for fueling the opioid crisis in the country, the Sacklers have largely avoided public scrutiny for the part they may have played in the crisis.

In most cases, people only mention Purdue Pharma without linking it to the family. The opioid epidemic has resulted in the death of nearly 500,000 people since 2000.

Members of the Sackler have long denied any wrongdoing in fueling the opioid crisis and believe that they can prove their innocence.

According to Purdue’s description of the probe, the team of experts was given full access to slightly over 21 million internal company documents, including private email conversations and other correspondence between the company and its top executives. Nothing was spared.

The experts were also present when different members of the Sackler family were summoned and questioned.  Opioid activists, attorneys, and government officials say that the probe seems to be the most sweeping effort yet to explore the role of the Sacklers in fueling the opioid epidemic.

Attorneys in the case argue that the company has a legal obligation to release the findings of the probe and make a comprehensive report because the investigation was funded with money owed to people harmed by the same company.

“If Purdue Pharma paid tens of millions to creditors to experts to reveal the truth, opioid victims deserve to know it. Unfortunately, the truth is being hidden from the same people who deserve it.”

When contacted for comments on the matter, the company representatives declined to answer. Several sources speaking on behalf of the family downplayed the significance of the investigation and maintained that the Sacklers did nothing wrong.

Daniel Connolly, the attorney of Raymond Sackler, said that they support the release of crucial documents and will continue to prove that members of the Sackler family who served as Purdue Pharma’s executive directors always acted legally and ethically.

Primary Objective of the Investigation

According to one of the documents filed in a federal court in White Plains, N.Y; the primary goal of the probe was to inform and guide the bankruptcy talks that are still underway.

The investigation also aimed to resolve some of the unanswered questions about Sackler’s conduct that has angered government officials and the public. The questions targeted include:

Several experts interviewed revealed that the document filed by Purdue Pharma offers tantalizing clues about what the investigators discovered during the investigation. 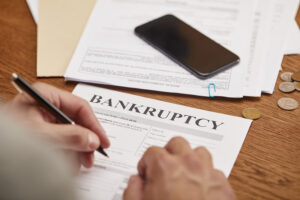 They say the document is enough proof that the probe did find evidence that certain dealings between the drugmaker and the Sackler family were not conducted legally.

In separate documents filed in the same court, the company also disclosed that members of the Sackler family withdrew approximately $10.3billion from the company’s accounts between 2008 and 2017.

Additionally, the investigation revealed that Purdue Pharma secretly transferred significant value in non-cash assets to the Sackler family at different times. The exact nature of the assets and real value was not disclosed.

Under the proposed bankruptcy settlement deal, the Sackler family is willing to give up full ownership of the company and pay approximately $4.28 billion from their private accounts in installments over the next ten years.

The Sacklers believe the deal is good enough and want to be shielded from any future opioid lawsuits related to their role in fueling the epidemic.

However, several attorneys have vowed to reject the offer and push for the family’s assets to be set aside and used to help states, cities, communities, and individuals affected by the opioid crisis.

You Can Still File an Opioid Lawsuit!

Even though the opioid settlement plan is underway, it doesn’t mean you have run out of time to file your opioid lawsuit. Many people out there are suffering as a result of taking prescription opioid painkillers that turned their lives upside down.

If you or your loved one has been affected by the opioid crisis, talk to an experienced opioid attorney today to determine your legal options.  You still have time to fight for your right and get the compensation you deserve!