Purdue Pharma, the manufacturer of opioid painkiller OxyContin, recently reached an agreement with the Department of Justice pending approval by a bankruptcy court. The agreement serves as the first step in resolving a protracted legal battle over the drug manufacturer’s role in the country’s opioid epidemic.

The drugmaker pleaded guilty to a wide range of criminal charges filed against it by the federal government, states, cities, local governments, and individual victims.

The agreement served as an official confirmation that the company misled doctors, patients, and government agencies on the side effects of its blockbuster opioid painkiller, OxyContin.

Details of the $8.3 Billion Settlement

Under the agreement with the Department of Justice, Purdue Pharma has agreed to pay approximately $8.34 billion in damages and plead guilty to at least three different accounts of felony information in New Jersey.

To bring the case to a conclusion, the company has agreed to pay out approximately $3.54billion in criminal fine and a further $2billion in criminal forfeiture. Purdue Pharma will also fork out $2.8billion for committing civil liability under the False Claims Act.

In line with its guilty plea, the drug manufacturer will be expected to admit that between May 2007 and March 2017, it conspired to defraud the federal government by falsely claiming it had put in place measures to prevent its opioid painkillers from getting into the hands of individuals who did not need them. 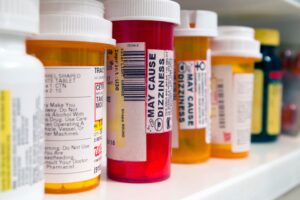 In fact, the DOJ had accused the company of marketing its opioid painkillers directly to doctors and healthcare providers it knew or had reason to suspect that they were selling it to people who didn’t need them.

By marketing and dispensing OxyContin and other opioid painkillers outside the legal channels for treating medically-approved conditions with a prescription, the DOJ insists that Purdue Pharma engaged in a conspiracy to aid violation of the Food, Drug, and Cosmetic Act.

The company is also expected to admit that it paid qualified doctors through its speaker program incentive to prescribe OxyContin to more patients.  According to the DOJ, these actions constitute a conspiracy to violate the Federal Anti-Kickback Statute.

As part of its 2019 bankruptcy case, the company is proposing an opioid settlement deal that could be worth $10billion, calling for members of the Sackler family to hand over the entire company plus all of its assets to a trust controlled by states and counties suing it.

The deal would still see members of the Sackler family contribute up to $3billion out-of-pocket.  Opioid lawyers representing states and local governments in the matter agree that this would be a massive step in the right direction.

They believe that handing over the company and all of its assets to a trust would help different states and local governments access more funds to help address the opioid epidemic in the country. 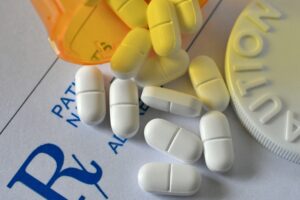 The state attorney generals want the Sackler family to dig deeper into their pockets for more billions and have pledged to continue with their investigations into the matter.

Besides the guilty plea, the federal government, cities, and some local governments have also reached a civil agreement with the Sackler family, founder of Purdue Pharma. The bankruptcy claim is part of the civil settlement and includes a $2.8 billion settlement for fraud activities that the drug manufacturer was involved in. 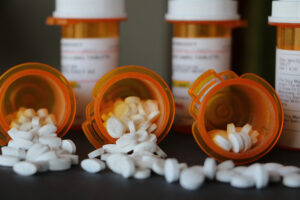 It also resolves claims that the Sackler family illegally transferred assets belonging to the company to offshore trusts managed by some members of the family. If everything is approved, it means that the family will no longer own the company. Instead, the firm will be turned into a public benefit company.

Opioid Litigation: What Does the Future Hold?

While this agreement resolves a wide range of federal claims filed against Purdue Pharma and the Sackler family, it doesn’t resolve state-level claims. Some states may choose to continue pursuing claims against the drug manufacturer and individual members of the Sackler family.

With the complex nature of charges filed against Purdue Pharma, it means that the settlements are complicated as well. Many states are continuing to pursue a wide range of state-level claims against the drug manufacturer. However, its bankruptcy case and status as a public benefit company will only make things more complicated.