A damages trial in the famous “Sullivan Baby Doe” opioid lawsuit is set to begin on July 26, 2021. Chancellor E.G Moody set the date a few days ago during a virtual status hearing on the opioid lawsuit.

The ruling came following a nearly four-and-a-half heated legal battle to hold opioid manufacturers fully accountable for the opioid addiction epidemic that has affected thousands of families in Northeast Tennessee and the entire country.

The plaintiffs in the opioid lawsuit are seeking slightly more than $2.4 billion in damages, an amount that has been supported by expert testimony and concrete evidence.

When district attorneys general first filed the opioid lawsuit in 2017, the defendants were Mallinckrodt, Purdue Pharma, and Endo Pharmaceuticals. The plaintiffs in the case include a baby born drug-dependent nicknamed “Baby Doe” and local government entities.

However, after this case was filed, numerous similar lawsuits were filed in different parts of the country, forcing Purdue Pharma and Mallinckrodt to file for bankruptcy.

The only remaining defendants are Endo Pharmaceuticals Inc and Endo Health Solutions Inc.

Chancellor Moody delivered two crucial orders during the hearing. The first order allowed the opioid lawsuit to proceed, with local governments being substituted as plaintiffs other than the district attorneys general.

The attorneys general were added to the case as counsel for the local governments. Baby Doe is represented by the law firm of Branstetter, Stranch & Jennings of Nashville.

The second crucial order involved default judgment of liability against the two defendants in the case. The two defendants are simply referred to as Endo. The ruling eliminated the need for a trial to prove the plaintiffs’ case. That explains why the July 26 date is for the damages trial.

After the ruling, Endo’s attorneys said they would be appealing both orders and hoping to reverse them. It is one of the reasons they repeatedly asked Chancellor Moody for later trial dates.

However, the Chancellor was adamant that the July date was feasible and believed that the defendant had plenty of time to appeal the decision. 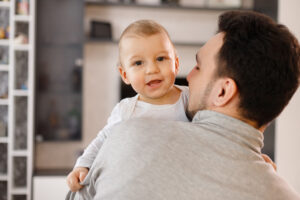 Speaking on behalf of the Plaintiffs, attorney Gerard Stranch pleaded for the earliest possible trial date to help the plaintiffs get the rightful compensation on time and push other opioid lawsuits elsewhere in the country.

As such, Moody asked both parties if a May trial date would be acceptable, but the defendant’s lawyer rejected it flatly.  Instead, they sought a later date to organize everything they needed to prepare for the damages trial.

Endo’s attorneys also asked for time to prepare to have the court rule on several motions in limine they had filed. A motion in limine is a legal move that seeks to exclude specific evidence from being presented at a trial.

However, Moody said that the court should be able to hear and determine the defendant’s motions in limine on the same day.  Endo’s attorneys wanted to keep the two as separate hearings.

Is the Ruling a Big Deal?

The simple answer is “yes” because it allows the opioid lawsuit to proceed. If the request for a trial date had been dismissed, it could be the end of the lawsuit denying “Baby Doe” justice.

The opioid lawsuit demands judgment against the defendant for damages resulting from constant and obvious breach of statutory and common law. It seeks justice for all kids born addicted to opioids, such as Baby Doe.

According to the lawsuit, doctors, hospitals, DA offices, police departments, insurance companies, schools, and taxpayers in Tennessee will bear the cost of the opioid epidemic for many years. The plaintiffs also want restitution from the drug companies and a court injunction to stop the flood of opioids in the district.

This is going to be the first baby case to go to a damages trial. It will also be the first damages assessment by a judge against anyone involved in the destructive opioids industry. 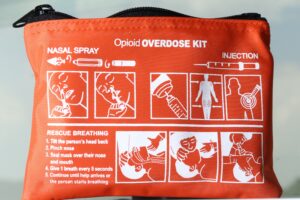 The outcome of the case will send a strong message to other drug manufacturers and distributors that they cannot afford to play games in discovery and can’t hide their questionable conduct.

Plaintiffs, through their attorneys, argue that at least 75% of all reported cases involving abuse of Opana ER in the U.S took place within Tennessee.  They believe that the drug manufacturers were literally killing Tennesseans and fueling opioid addiction at a rate that no other state in the entire country was experiencing.

What Damages Will Be Sought in the Opioid Lawsuit?

The attorneys in the case say that they will try to recover as much money as possible to help the authorities and victims in dealing with the effects of the crisis.

The damages could be any situation that happened due to the opioid epidemic, such as opioid-addicted babies, the need and cost for rehabilitation, and the increasing number of kids not attending school because they suffer from Neonatal Abstinence Syndrome.

The attorneys will also be hoping to get compensation for school-going children struggling with impulse control and other learning disabilities that may have affected them as a result of an opioid-addicted mother. 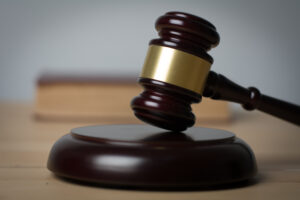 The recovery will also feature criminal justice costs and economic losses costs for the local governments.  Basically, any citizen of Sullivan County who incurred a loss due to the opioid epidemic stands a chance to be compensated.

So, whether you lost your loved one due to an opioid overdose or got addicted to pain pills and lost everything, you stand a chance to be compensated.

What Should You Do Now?

If you or your loved one has been affected by the opioid epidemic and you are from Sullivan County, you’ve got a golden chance to seek justice and the rightful compensation you deserve.

Talk to an experienced opioid attorney today for a comprehensive review of your situation and legal advice on what to do next. Keep in mind that there is no much time left. So, take action now and contact an attorney!