Drug addiction is one of the most misunderstood topics around the world. While some people argue that it is a personal choice and anyone addicted to a particular substance lacks self-discipline, others believe that addiction is more of a disease that can’t be resisted by discipline alone.

To some extent, both arguments are valid, but there is much more to it. The first view (addiction as a choice) is the most common, resulting in stigmatization of individuals who have developed a drug addiction, preventing them from seeking professional help.

However, recent studies have unearthed evidence contradicting the traditional understanding. Today, the nature of addiction is a hot debate among drug addiction specialists and the general public.

So, does a person become addicted to a particular substance because of their personal choice, or is it a disease that warps their brain, taking choice out of the equation? Read on to find out more about the true nature of addiction and whether it is a choice or disease.

What Is Drug Addiction?

Scientific evidence points to the fact that addiction is a chronic brain disorder similar to diabetes and hypertension.

According to the American Medical Association, addiction refers to a “chronic disease” that results from long-term changes in one’s neural connections and pathways.

While many terms are usually thrown around to refer to people suffering from substance use disorder, the World Health Organization recommends the use of the word “dependence” instead of “addiction” or “habituation” to refer to individuals who have an overpowering desire to use a particular drug substance. 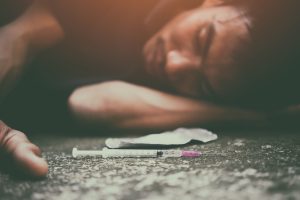 However, on the other side of the spectrum, many drug addiction treatment experts claim that managing addiction like a conventional brain disease doesn’t work. They argue that focusing on addiction as a choice and response to incentives tends to yield better results.

So, who should you believe? Well, the best way to establish whether addiction is a choice or disease is to evaluate how it works and the effect it causes on one’s cognitive functions.

How Does Substance Abuse Alter the Brain?

All drug substances are chemicals. It means that when you ingest them, they disrupt the normal functioning of your body. Mostly, they affect how your nerves receive, send, and interpret signals which eventually alter your brain’s communication system.

Drug substances operate in two different ways. They overstimulate your brain’s reward system, and two, they tend to mimic the natural transmitters such as dopamine to send false signals to the central nervous system.

This leads to the overproduction of dopamine which creates the euphoric or “high” state that pushes one to aggressively seek ways to repeat the pleasurable feelings.

Dopamine is commonly referred to as the “feel good” neurotransmitter. The central nervous system usually releases it in large quantities whenever a person has feelings of satisfaction and a real pleasure.

Addiction as a Disease

In recent years, researchers have started to term drug addiction as a disease other than a simple behavioral choice. This decision has largely been influenced by overwhelming evidence showing how addiction affects brain function by changing it and progressively forcing a person to crave more of the substance.

When a person starts to use a particular drug substance regularly, their body begins to adapt to it to account for its presence to maintain homeostasis (balance).

With time, this leads to tolerance. In most cases, tolerance occurs when the body has fully adjusted to the substance, and the person will now be forced to take more of it to experience the same effect as earlier.

Eventually, this leads to dependence, meaning that their body cannot function normally without the substance. If usage stops at this point, one will experience a series of severe withdrawal symptoms until when they use the substance again, or their body returns to a normal state.

If the person is on a recovery path and no longer using the substance, it may take several months before the whole body system adjusts back to normalcy. The process can be painful and frustrating. 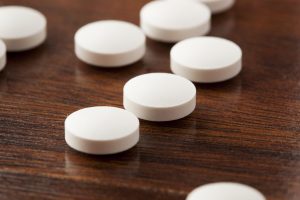 During addiction, the part of the brain responsible for deciding when to take the substance will shift from the front to the back of the memory, which regulates unconscious acts such as blinking, breathing, and basic desires such as hunger.

It implies that substance abuse becomes linked to one’s brain and is no longer a free choice they can make consciously.

This further supports the argument that addiction is a disease because if it were a choice, one’s family history wouldn’t have any significant bearing on their chances of developing addiction.

Addiction is a Choice

Even though science provides evidence that addiction is more of a disease than a choice, a significant number of people still believe that it is one’s choice to develop an addiction.

They argue that before one develops addiction, he/she must choose to use the substance, which effectively means choosing addiction.

The reasoning is based on the idea that people can control their thinking, where they live, and how their brain responds to different stimuli.

However, we must insist that individuals struggling with addiction need to find a way of overcoming the stigmatization and seek professional help. They must learn to appreciate the fact that their state may not be their choice, but they can choose to improve their health or make it worse.

So, if addiction is a choice, does it mean that it can be overcome with mere willpower? The answer is a strong “no.”

Research shows that once an individual enters into a state of drug dependence, particularly opioid addiction, it is quite difficult to recover from mere willpower.

Since the drug substances have already interfered with how the brain and neurotransmitters work, the only way to address the addiction is to use a combination of medical and therapeutic interventions.

At CCIWA, we are much more than an addiction treatment center. We believe that opioid addiction shouldn’t rule your life. We have a team of experienced Suboxone and methadone doctors ready to guide you throughout your recovery journey.

They will hold your hand and be there for you right from the start to the end. Contact us to learn more about our opioid addiction treatment options and how they can help you. Our compassionate representatives are waiting to speak with you.