At least 15% of Americans are believed to be predisposed to develop an addiction from drug abuse on a sustained basis. This has led to intense research to help doctors understand how addiction occurs and how it can be treated.

Many people saw addiction as a choice in the past, but science has proven that substance abuse isn’t a choice but a disease. Addiction usually hijacks the victim’s brain-changing how an individual feels when taking a particular substance.

The problem of drug addiction is beyond an individual. It goes on to impact their family, friends, and even colleagues at the workplace.

To adequately address the issue of substance abuse, it is essential to take a closer look at the science of addiction and try to understand what really happens at the neurological level. Read on to learn more.

What Is Drug Addiction?

Drug addiction can be defined as a chronic and relapsing disorder characterized by compulsive seeking and continued use of drug substances that cause long-lasting changes in one’s brain.

Addiction is considered both a mental illness and a complex brain disorder. It is the most severe form of a full spectrum of substance use disorder. Doctors consider addiction a medical disease caused by repeated misuse of certain substances.

Addiction is a neurological disorder that usually leads to intense cravings for a particular substance (s), causing someone to lose control over drug use. Victims continue using the substance despite the negative impact it causes to their life.

When someone becomes first addicted to a given substance, the substance targets the brain’s pleasure center, causing the person to associate pleasure with the substance.

As the addiction progresses, victims usually develop a tolerance for the drug and start using higher doses of it to achieve the same level of pleasure experienced when they first started using that drug.

This often leads to adverse outcomes, including psychological or physical dependence on a certain substance.

What Is the Pleasure Center?

Generally, the brain registers every pleasurable signal and behavior the same way. The pleasure center is a small, almond-shaped set of brain cells in the limbic system that controls emotional responses and motivation by releasing dopamine – a chemical neurotransmitter synthesized from L-DOPA.

When you use drugs or alcohol, it floods the pleasure center with dopamine, causing an immediate feeling of intense pleasure. This forms a strong link between the use of certain drugs and pleasure.

The Pleasure Center and Drug Addiction

Repeated exposure to drugs or alcohol has a long-lasting effect on the reward circuit in your brain. The same feeling of euphoria becomes less exciting when someone starts regularly using drugs or drinking excessively, requiring them to take more of it to feel that same level of pleasure.

This can lead to addiction as the person becomes psychologically addicted to a particular substance and physically dependent on it. 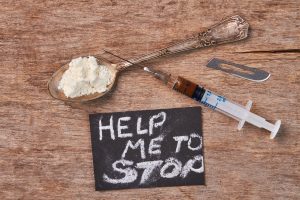 When people stop using drugs, they usually experience unpleasant withdrawal symptoms that further cements the idea of taking the drug again to relieve these symptoms.

How Does Tolerance Develop

The first step towards drug tolerance is drug abuse. Once your body gets used to the drug, you need to take higher doses to achieve the same level of pleasure.

When your body builds up a tolerance for a drug or alcohol, you become less responsive to it and start developing withdrawal symptoms when you stop using it.

The brain neurons responsible for sending messages to other parts of the brain get insensitive over time due to constant exposure to a particular drug. The person experiences withdrawal symptoms even when they try to stop using that drug.

What Is the Role of Dopamine in Learning Memory?

Dopamine interacts with memory and learning in a variety of ways. It plays an integral part in the way humans learn since it affects memory, attention span, mood changes, and motor functions. 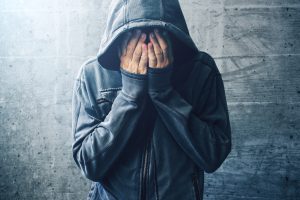 When you experience something good, dopamine tells your brain to remember it so that it can be repeated in the future. This creates a strong link between pleasure and drug use, leading to addiction.

This link makes it hard for addicts to stop using drugs even when they face negative consequences. Drugs cause dopamine levels to surge, reinforcing the idea that taking more of the drug will make you feel good again, pushing you towards addiction.

What Does Neuroscience Say About Addiction?

The neurobiology behind addiction mainly involves the mesolimbic dopamine pathway of the brain. This pathway is responsible for feelings of pleasure and rewards that drug abuse triggers, causing cravings that lead to compulsive drug use.

Neuroscience shows that various factors like stress, environmental cues, genetics, and age can affect how this circuit works in people, making them more vulnerable to addiction.

In addition, research shows that drugs can affect a person’s brain behavior and physiology in several ways, including:

Start Your Road to Recovery Today!

At CCIWA, we understand the intricacies of drug addiction since each case is different. We have helped countless people recover from this potentially fatal disease leading to a life filled with happiness, prosperity, and hope.

We are the best drug rehab center, offering unmatched care to our patients through various innovative treatment programs tailored to address every patient’s specific needs.

Contact us today to find a clinic near you!