The vaccine mainly targets fentanyl that is up to 100 times more potent than morphine.  The research is headed by scientists from the Precision Vaccines Program at the Boston Children’s Hospital. The scientists are also collaborating with a University of Houston professor of psychology, Therese Kosten, and her colleagues.

The scientists have already received a significant portion of the grant, and research is believed to be at an advanced stage.  Apart from the $25 million, the team will also receive an extra $1.8 million to develop an adjuvant to make the opioid more effective.

The vaccine is expected to be a game-changer in the spirited fight against the opioid epidemic that has caused the death of at least 500,000 Americans since 2000.

The opioid overuse disorder vaccine comes after the development of a similar vaccine targeting cocaine addiction victims. The cocaine vaccine was developed by Dr. Therese Kosten’s spouse, Dr. Thomas Kosten, who holds a joint appointment at the University of Houston.

An adjuvant molecule will be added to the vaccine to boost the immune system’s response to it, improving its efficacy. The first vaccine candidate is expected to be out soon.

Why Target Fentanyl with the Opioid Overuse Vaccine?

In the past few years, the U.S Centers for Disease Control and Prevention has named fentanyl as the deadliest drug in the United States, surpassing oxycodone and heroin in lethality. The report shows that fentanyl was responsible for a 113% increase in drug overdose deaths between 2013 and 2016.

Dr. Kosten says that fentanyl is different from heroin, oxycodone, and other opioids in the way it stimulates the brain.

Although it activates the same receptors in the nervous system as morphine and heroin, it does so by quite a different mechanism. This makes drugs that can reverse the effects of heroin overdose, such as Narcan, almost ineffective against it.

Fentanyl creates an additional and massive challenge to overcome in the fight against the opioid epidemic since the synthetic opioid is pervasive in most street drugs. This contributes further to opioid overuse and addiction among patients prescribed the medication.

How Will the Vaccine Work?

The vaccine shall work by stimulating the generation of powerful antibodies that can easily target and bind to opioid molecules. By doing so, the molecules will prevent opioid molecules from crossing the blood-brain barrier, which shall play a critical role in protecting both the brain and the nervous system.

Furthermore, the opioid-blocking effect of the vaccine may mitigate the risk of one developing respiratory depression, commonly associated with these drugs once they reach the brain.

The project has been funded with federal funds from NIH, the National Institute of Allergy and Infectious Diseases, and the Department of Health and Human Services.

If approved for use, the vaccine will offer a beacon of hope for millions of Americans struggling with the effects of opioid overuse and addiction.

The timing also seems perfect because opioid-related deaths have been rising steadily since the outbreak of the pandemic.  This makes the vaccine even more critical to help reduce both the mortality and morbidity burden associated with COVID-19’s collateral damage.

The CDC reports that at least 36,000 people died of drug overdoses in 2020. The statistic is a stack contrast of how things were in 2018 when the agency said drug overdose-related deaths had dropped for the first time in many years. 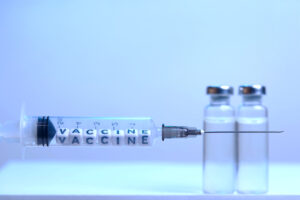 There are still more than 3,400 similar lawsuits in different federal and state courts across the country. More opioid cases are expected to be filed in the coming months to ensure anyone who played a role in fueling the crisis is held fully accountable for their actions.

Are You a Victim of the Opioid Crisis? Act Now!

You can also file an opioid lawsuit today if you haven’t done so. Talk to an experienced opioid attorney who will review your case and provide you with legal advice on the next steps to take.